The first race of the season 2018-2019 held on Sunday and it was organized by the Port Macquarie Sailing Club. The weather condition on the say was reasonably gusty southerly. The day started with high tides which then begin to run out when the day and the race progressed. Because of the gusty and cool conditions, some of the boats remained out of water, including some that were yet not ready to start the season because of being Fathers Day. 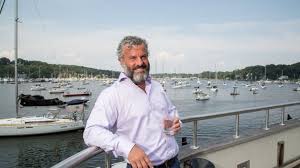 The clubhouse had the new digital display, which was new and was looking excellent to begin the countdown, but the whole arrangement had small glitches to iron out. There was lots of bias on the beginning line, Frank O’Rourke on Dino got confused because of that and he thought he had been On Course Side – broken the start –so he went back and then started the race again to be sure. This led to Jack Corthals have a great start, who was on Harpic. At the B mark, he bunch-up in a wind hole and bolt away down the course in the tight breeze.

On Drift, Rob Barwick got caught in the hole along with other fleet members. Even after making a late start because of confusion, Dino hunted down the other two boats and took the win of catamaran yardstick ahead of Harpic. On the second lap Drift capsized and after a long recovery, he retired when the gusts increased.

Caitlyn Hicks and Simon and Elsa Gandy in the Voyager put their solid performance in the monohull division to grab the yardstick win. Ed Molony and Steve Bohlsen in Splash Dance broke a bobstay fitting. It then broke the spinnaker pole just after their primary spinnaker set. This forced them to go back to the beach to clear the wreckage ahead of continuing the race without the spinnaker. Still, they secured the second position.